Just added to your cart

Learning to Dance in the Rain, Cody G

Today we welcome a guest blog by Codilia Gapare of www.c-lash.co.uk. Inspirational creator of the C-Lash, the first false lash designed for women with no lashes due to chemotherapy treatment. Life never works out quite the way you expect it to. In-fact someone once told me that, life is what happens to you while you are busy making plans. This does not always have to be a bad thing, because if you open yourself to possibilities, life can take you to places beyond your wildest dreams.

My name is Codilia Gapare and in July 2014 I found a lump in right breast. I immediately made an appointment to have some tests done and was told to come back ten days later. The day of the results was the 11th of August 2014. The reason I will always remember this day, is because I also had another very important meeting that day at 18.00hrs in Manchester. 11th of August 2014 became a turning point in my life because of the choices I made. It was the day I chose to dance in the rain instead of waiting for the storm to pass.

Before I go any further, let me digress a little. Growing up I had always dreamt of being a lawyer. When I came to the U.K. I started studying to qualify to study Law at University. After 3 years I finally had the qualifications I needed to go to University! I promptly applied for a place at Manchester Metropolitan University. On the 11th of August 2014 I had my final interview at MMU at 6.00pm. Life was going according to plan!

On that same day at 2.45pm (just over 3 hours before my interview) I walked into Leighton Hospital to find out the results of the test I had had ten days earlier. My world went into slow motion when the doctor told me that I had breast cancer. I had somehow managed to persuade myself over the past ten days that I could not possibly have cancer. I thought I was too young, too black, too skinny and too active to have cancer, but I was wrong. I was now part of a statistic that no one wanted to be part of. 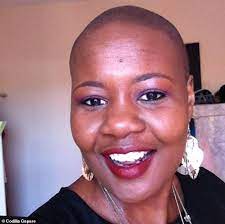 It is hard to imagine how one would deal with such news. I suppose I would have been forgiven for crying or going home and bury my head under the covers or even go to the pub and drown my pain. I did none of these things. An hour after receiving the worst news of my life, I was driving from Crewe to Manchester for my interview at MMU. I don’t think at this point I knew why I had decided to make this choice.

The interview went really well until the interviewer asked me if I knew of anything that that might interfere with my study at the college. Had I anticipated the question I am sure I would have lied. I was caught off guard and I decided to come clean and tell the truth. I told the lady that I had been told only 3 hours before that I had breast cancer. It was only when she asked me why I still made the decision to come that I understood my actions. This is what I told her.

‘For as long as I can remember I have wanted to be a lawyer. Today I received news that can potentially derail my dream, but I have worked too hard to get to this point. Cancer is just a chapter in my book and is never going to define me, but this moment will. So if it’s all the same with you, I would be grateful if you could give me a chance to follow my dream’. 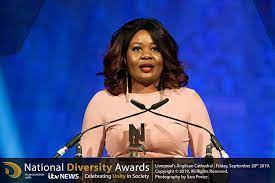 Why am I telling you this story? Because I hope it inspires someone out there. I realise that life comes without guarantees. Sometimes we win and sometimes we learn. But whatever the situation, we always, always have a choice. Accepting or fighting, optimistic or pessimistic, victim or survivor. And at any point you have the right to stop and say, this is Not how my story is going to end! Every day is a chance to start afresh. Be it to change the course of your life or to continue a fight. And if an obstacle is thrown in your way, well, why not turn it into a steppingstone? 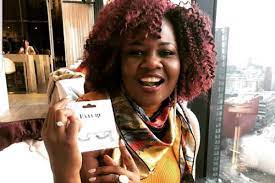